In 1985 Oar-Gee Lures was born from a lack of good lures for Australian Native fish.

The Mighty Murray Cod is native to Australia and requires lures that have a wide action, depth and most importantly strength.

These attributes are rarely found in imported lures so we decided to start making our own.

From those humble beginnings Oar-Gee Lures is now one of Australia’s best known lure brands, manufacturing a range of lures to suit freshwater and saltwater species including the mighty Barramundi

All our lure range is manufactured in Australia and we are proud to be 100% Australian made and owned.

Oar-Gee Lures are made by fishermen for fishermen, with a life time of fishing and 31+years manufacturing combined to give all anglers the same results as we expect from our lures when we go fishing.

Oar-Gee Lures has been the dominant Murray Cod lure for more than a decade with the Plow series of lures, and with the 2008 release of the 100mm Plow it is now the flagship of the range.

Being the premier lure brand means keeping up with technology and manufacturing process to deliver the absolute best lures in Australia.

In 1985 our lures were hand carved from timber, this painstaking method was slow, time consuming and as the demand for our lures increased it soon gave way to poly urethane injection. Initially our first lures were made off site until purchasing our own injection machine in the mid nineties.

This process soon became out dated, and we were unable to keep up with the increasing demand.
In 2000 we moved to plastic injection and continue that process today.

Oar-Gee lures were the first to incorporate the towing wire as part of the bib in a poly urethane moulded lure.

Oar-Gee lures developed the dove tail bib locking system in 2006 for our Oarsome range of Barramundi lures and has been granted a Patent . This locking system is now also part of the 100mm Plows and is considered to be one of the strongest bib systems available today.

All our lures are individually tank tested and tuned.

In 2014 he have started exporting to Africa in partnership with Tiger Lures and in 2015 started importing the Oarsome 130mm and 90mm lures into Papua New Guinea for Black Bass, the toughest, meanest most brutal freshwater fish alive.

Beware of imitations, if it hasn’t got OAR-GEE on the lure and packaging it is not a GENUINE OAR-GEE LURE

The video below was taken in Blowering dam in December 2013 using our underwater video trolling system. The lure is an Oar-Gee 75mm Plow 7.6mt 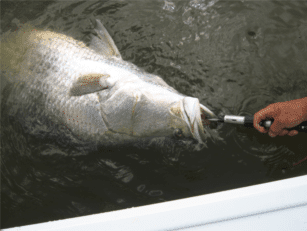 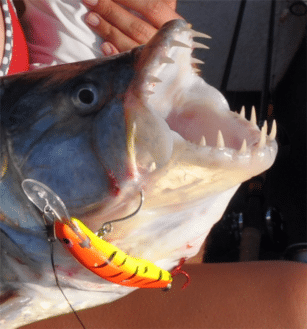 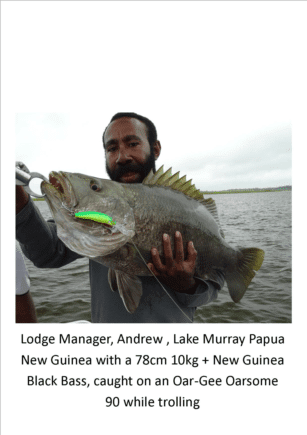 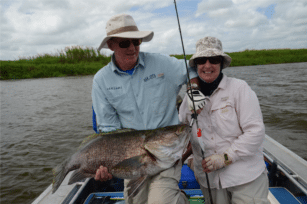